December 26th to January the 3rd, my campus entered the winter recess period. Plenty of assignments from the professors, and lots of events

[December 23rd]
Emperor’s Birthday, national holiday.
Went to Akihabara. Supposedly the goal was to see Nozawa Rena live on “AKB48 no Anta Dare?”. Failed because I mistook the train schedule. I should have waited in AKB48 Cafe & Shop by 16:00, but I got there at 16:15.
So instead we went to a Chicken Ramen shop. My first time eating Tsukumen. It was delicious. But dificult to eat.
We went around Akihabara playing UFO Catcher. What a dangerous machine. It was a good decision to stop at 1,000 Yen. That Love Live! Nozomi’s figure was too cute.
Next, a visit to @home cafe. You can see the coffee pictured above. Ordered a dessert set, which got me a photo session with a maid. I can’t say much about this, but I really enjoyed it. I mean, dude, Trip Advisor also recommended the place. Fvck yeah, MOE MOE KYUUNNN!!!

Last, a pilgrimage to the legendary “Oden-Kan Jihanki” (Canned Oden sold in an automatic vending machine). See picture below.

[December 24th and 25th]
I had classes. Final exam for Energy Planning and Economic Development. Basic Japanese 1 & 2 test.
In case you’re wondering, no, christmas is NOT a national holiday in Japan.
[December 26th]
Originally planned to go to Torihama to hunt discounts. There’s even a special bus provided, direct from Yokohama Station towards Torihama, for free. Unfortunately not enough time. Need to be in Asakusa at 14:00.

I met up with Nao-kun in Yokohama Station’s Keikyuu Line platform, and hopped on the train bound for Asakusa. Nao-kun told me that Asakusa is one of THE sightseeing spots for foreign tourists. As well as Yokohama, Odaiba, Shinjuku, Shibuya, Tokyo Tower, and Sky Tree, it is at the top of the list of places you must visit when you visit Japan. And no, Akihabara is not included. Indeed as he said Asakusa is a very intersting place. Lots of shops, and a genuine sightseeing spot. Pics below.

Our destination was a ramen shop, very famous for their halal ramen. Delicious. Full of people, all of them foreigners. No Japanese people in sight.

After eating ramen, soba, and karaage, we went for sightseeing. I needed to be in Tokyo International Forum – Hall C at 16:30. Not far, 20 minutes by subway from Asakusa.

The Tokyo International Forum is very huge place. I was struggling to find my seat. Also, the hall itself is very big, and can hold a lot of people. That said, there were hardly spare seats as far as I could see.

My main motivation to attend this event, despite its (relatively) high ticket price (7000 Yen), was Sato Hiromi.

Sato Hiromi is a veteran anisong singer. A legend, if you will. She began as anisong singer, then founded her own company, S Inc., a talent management and music production agency which discovered and nurtured Faylan, Nitta Emi, Shota Aoi, and Myu. Hence the event name S-Winter Festival. I grew up listening to her music.

The event started with an audition segment. So basically, S Inc. held an audition for seiyuu and anisong singer newcomers. One that caught my attention was a girl singing Monochrome Factor OP Theme, Metamorphose, originally sung by Asriel. Sato Hiromi-sachou then appeared to announce the result. Ah, so that’s her… Hail Japan, land of witches.

After a short break, the concert was finally opened with the first song being “Witch Garden” sung by Sato Hiromi, Faylan, Myu, Nitta Emi, Shota Aoi. It’s actually Hiromi-sachou’s song. One of my favorite.
The MC that followed was fun. Most memorable was Nitta Emi saying how happy she is to finally appear on NHK’s legendary Kouhaku Uta Gassen (with μ’s). She was so shocked when announced. So the others were making fun of her for that. Hiromi-sachou even showed a newspaper.
Also memorable was Shota Aoi’s antics calling himself “daitenshi”. The others were bemused “eeh? You don’t call yourself that.” “Uh, okay, So (to the audience) what am I?” Audience: “Daitenshi!!!” =))

The first artist to grace the stage was μ (Myu, not to be confused with Muse). She sung three songs in total. Only knew one of them, “Heavenly Kiss”, which came with furikopi session.
Out of the five artists, Myu is perhaps the least known, and hasn’t been in the scene for long. She doesn’t have a single released yet, let alone an album. But she’s been promising, having been capped in GWAVE compilation – meaning she’s one of the best in the business.

Next up was Faylan, and… I forgot what she sang. I think it was “Blue Blaze” and “Honnou no Doubt”. Unlike μ, she can boast 5 albums and, like, 20-something singles. I think I could plead forgiveness for not knowing all of her songs. And BTW I think she’s on a playful mood, as far as saying that for this particular occasion she wanted to sing songs that most people didn’t event knew exist, “so please do a search, O.K.?” she said. So I did, and I think that song was “Blue Desire”.

After μ and Faylan, we got a short break with MC session. I think it was quiz. A Sato Hiromi quiz, where each artists ask questions while Hiromi-sachou answered, but she can only answer “Sato Hiromi”. And so the question given went to something like, “who was it that got stuck to the plane’s seat belt and caused commotion to the Lantis Matsuri troupe?” “Sato Hiromi!”

Next up was Shota Aoi. The girls went wild in an instant. Uh, well, he’s a member of Shonen Hollywood, so to them he’s equivalent to a μ’s member to me, I think? But even the male crowds liked him, I guess. He also sung three songs, “Ai Uta”, “Murasaki”, and… I didn’t quite remember the other one, “Zessei Star Gate”, I think?

Next up was Nitta Emi. And the crowd went wild. Again. I mean, totally wild. She sung three songs, “Spica”, the as-of-yet-unreleased new song “Meiyaku no Kanata”, and… I forgot the other one.

And the last artist performing in the stage was Hiromi-sachou. I was starting to wonder whether Hiromi-sachou would have her own session. For me, this was what I’ve been waiting for.
First song “Guri Guri”. And old and nostalgic song. Opening Theme of “Green Green” anime (2003). It was a memorable anime, genre defining for ecchi harem animes.
Second song “Call to me, Call for you”, from PC Game Lovely x Cation. Love the song. :’)
But the “it” moment, for me, was when she sung “Tears in Snow”, from PC Game “True Tears” (2003). A super favorite of mine. For me, it was worth the entire admission ticket fee just to witness the song performed live. I mean, what better occasion to sing this than winter. >___<

Encore. The band members got introduced in this session. “they’ve been playing non-stop for, what, 12 songs?” “uh, Sachou, did you forgot to count yourself? it should be more than 12” “eeh? ah, that’s right, i almost forgot i’m also performing, hahaha”.
So the last song was to be… “Shukufuku no Campanella” (PC Game Theme)!

I was content with Tears in Snow as the highlight of the concert, but now Shukufuku no Campanella? And performed by all the five artists? Priceless. That’s one of my all-time favorite. :’)

After the last song, there were also several announcement, such as Shota Aoi solo live in Budoukan, also Faylan and Nitta Emi’s birthday event (live concert, I think).

[December 27th]
Went to Queen’s Yokohama. TRUE (Karasawa Miho) Mini-Live, promoting the sale of her new album, “Joy Heart”.
She was great. And after she sung “Dream Solister”, I knew I had to buy the CD.
The CD came with an opportunity to participate in watashikai, so I did. I can still remember what I said to her, “Indonesia kara maerimashita, gaikokujin desu. Nihongo wa chotto wakarimasen ga, kyoku ga tottemo daisuki desu, toku ni Dream Solister. Kyou o meni kakaru no wa kouei desu.”

And… bonus pics. It was great weather in Yokohama so I kinda took a detour when coming home. 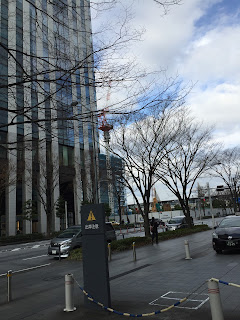 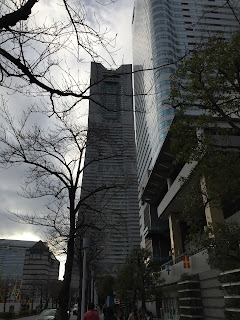 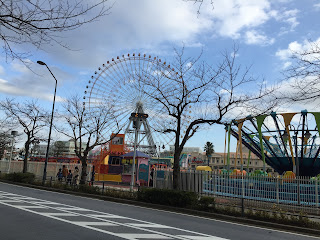 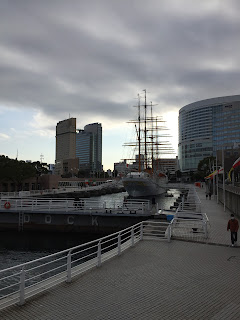 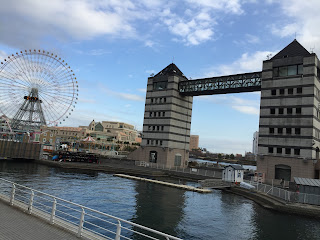 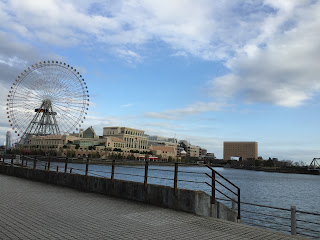 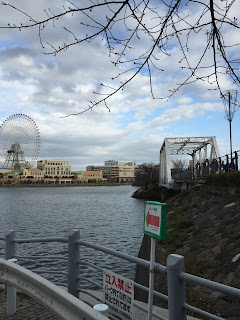